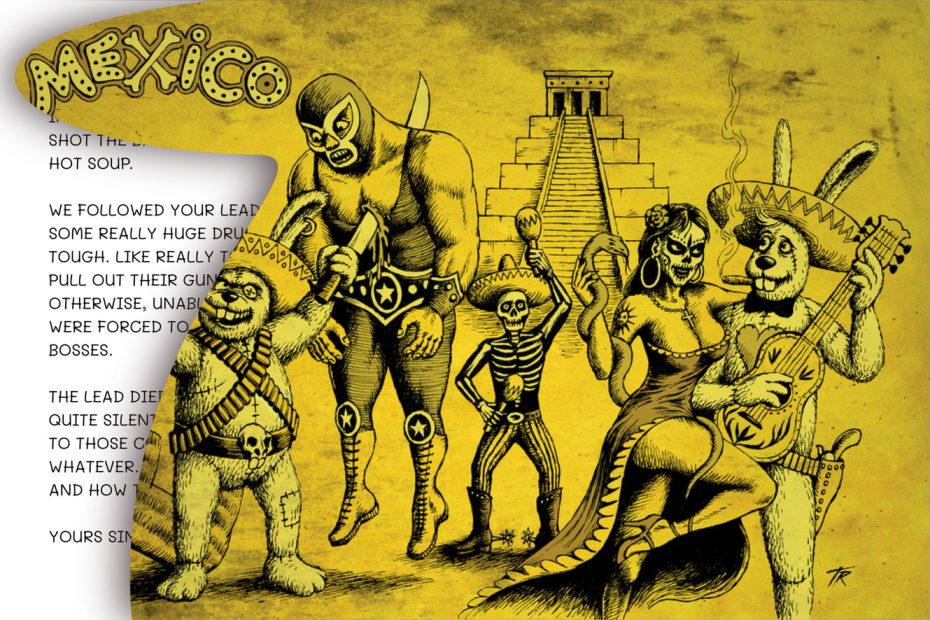 Best regards from Mexico!
After we left Bahamas we’re trying our luck here. Initially, everything started fine here. Donald shot the barkeeper, because he served him a too hot soup.

We followed your lead, boss, but it brought us to some really huge drug cartel. Those guys were tough. Like really tough. They never hesitated to pull out their guns. Unable to deal with them otherwise, unable to find a common interest we were forced to kill them all, including their bosses.

The lead died with them. And as dead they remained quite silent unfortunately. Maybe you should talk to those corpses, boss. Bring them to reason, whatever… We humbly await further orders where and how to proceed.

Yours sincerely, Ronald and Donald.