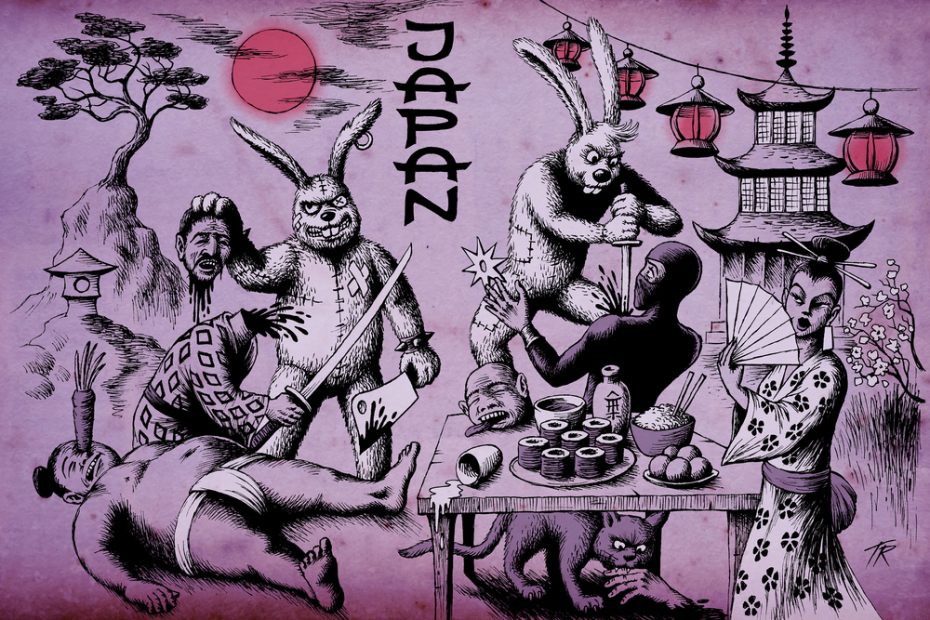 From Hawaii to Japan, or better – from Pearl Harbor to Hiroshima. You’ll surely understand, boss, how urgently I needed to repeat the raid on Hiroshima and drop an atomic bomb there. A symbolic one, of course.

Surprisingly, the Japanese pilots were quite furious about this proposal. They wanted us to get off the plane so Donald had to shoot them immediately. I took over the controls and dropped on Hiroshima at least some luggage and protesting passengers.

Also this time we were shot down by some native Zero’s and Betty’s. But we survived and managed to enter this nuclear plant – Fuckushima or whatever the name may be. We found our way to the exploded reactor. Sincerely, boss, THIS is the real paradise. We never (and nowhere) felt better. We could linger here forever and take hours of sunbathing in radioactivity. Even Donald’s empty eye hole began to shine so I used him as a light source when reading in the evenings.

Relaxed but reluctant we leave this beautiful Japan and are heading towards China right now.