A Nightmare After Christmas 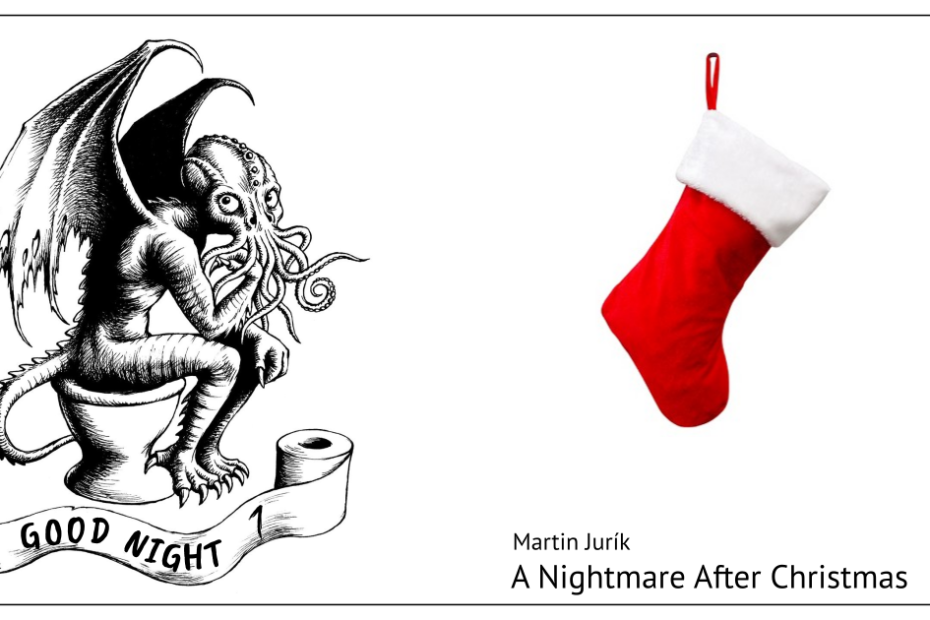 Only few days left till Christmas. Little Josh was overjoyed and had a wish – his deepest secret wish. He wanted everyone to be happy in his big but quite quarrelsome family. Therefore he wanted to ask Santa to fulfill everyone’s deepest secret wish. The boy believed this would make everyone happy and the family would be whole at last – without tensions, suspicions and envy as well.

The night before Christmas Santa appeared in Josh’s room.
“Do you really want everyone’s wish come true?” he asked the kid.
“Yeah, sure,” the boy answered enthusiastically.
“Allright…,” said Santa with a slight sign of uncertainty. “Consider it done.”

The long expected Christmas dinner arrived. The whole large family gathered in a dining room. Most of them just out of politeness or out of duty. Gruff and sour faces all sitting behind a massive table. Awkward silence, forced small talks. The same procedure as every year. Little Josh was eager to see them happy. He glimpsed Santa’s broad smile – he was visible only to him. The Christmas wizard begun to read in heads of the attendants.

Suddenly, strange things started to happen. Father disappeared. His deepest secret wish was that his wife would stop yelling at him for every banality on every single occasion. He imagined himself to be cast away in some sort of earthly paradise with the sound of sea, warm salty air and romantic sunset. It was obviously far away from the daily relationship misery for which he has been accused since he could remember. Now he found himself on Hawaii, lying in a deck-chair, with delicious cocktail within reach.

Mother suddenly became muted, dumb. She permanently lost her gift of speech so she couldn’t yell at anybody. However there was another change. She wished for herself the return of her youth. Marked by age and three pregnancies, she wanted to look as in her 16, just like her daughter now. It happened. With the return of her youth her teenage acne returned as well. The itchy and burning eczema covered her whole face and vast parts of her body. Josh’s mother became young but ugly. At least she was muted, so she couldn’t scream.

Josh’s rich grand aunt fell dead. Her daughter, daddy’s cousin literally prayed for a heritage. But she hasn’t considered her deepest wish. The poor old woman wanted to be loved as she was, without her vast property. Accidentally during the Christmas Eve a stock market crash occurred and she lost all her investments, became even indebted. Therefore father’s cousin inherited a debt of 2 millions of dollars. Grand aunt’s other wish was that Josh’s older brother, a remarkable handsome teen, wouldn’t be gay anymore.

And exactly that happened too. Flynn – an 18 years old idol of all young (as well as old …) girls, became heterosexual. Inexperienced with sexual feelings and fantasies towards women he fell in love with his younger sister – 16 years old Jasmine.

Josh’s older sister Jasmine fortunately didn’t return her older brother’s affection. Her greatest wish was always the world’s peace. Santa looked in her mind but shook his head skeptically. In fact the world’s peace was just a wishful thinking. Deeply in her head he found something much stronger – a deep hatred for neighbor’s dog who was able to bark all day and night. Struck by this wish the mutt exploded in the middle of his bark into a slimy bloody mass.

Mother’s brother always wanted to meet the aliens. Unfortunately, no aliens were near Earth at this moment. Therefore he was teleported across the galaxy to the nearest alien planet. He had exactly 30 seconds time to see them before he fainted and died of asphyxia. Sadly, he couldn’t see anything. Those aliens were an intelligent bacterial civilization unrecognizable by human eyes.

There was also this extremely handsome cousin. She was the pride of the family. Adored and envied. Twenty-years-old, could be a model, an actress or a singer. A beauty with manners. Everyone considered her a lucky girl because everything was within her reach. Admirers, men, money, career. However she kept a terrible secret. She couldn’t reach vaginal orgasm. She tried more than a dozen boyfriends but with no effect. Her wish now came finally true. During the dinner she was stroke by a spasm of passion. She hurried to a toilet not to be exposed. However the spasm didn’t end. It lasted hours, days, weeks… Finally she had to be hospitalized and at the clinic she went definitely insane. She spent the rest of her life in an asylum as a happy lunatic.

Another uncle of Josh was extreme busy businessman nicknamed by the family as busyman. Always checking his smartphone for messages, appointments, dates. Always in a hurry. “I wish, time would stop for a while,” sounded his favorite phrase. And exactly this happened on Christmas Eve. He disappeared as well. However not to materialize on Hawaii or some distant planet, but to awake in a world without time. It might be a short while for us, but in a world without time it means eternity. Josh’s busy uncle stopped aging and lives forever in a parallel dimension where nothing happens.

“That’s it,” said Santa to Josh. “Everyone’s got his or her wish. Are you satisfied?”

Making others happy is the best Christmas present ever. Or… Christmas time is over, be happy. This year your deepest wishes fortunately didn’t come true.

1 thought on “A Nightmare After Christmas”